In 1946, Eustis Engineering was founded by J. Bres Eustis, a highly respected chemical and civil engineer, right on the heels of World War II. Today, more than 75 years later, our proud firm is the oldest continually operating geotechnical company on the Gulf Coast and the third oldest across the entire United States.

In the years that followed, the firm performed services for many of the region’s most well-known construction projects – hospitals, bridges, tunnels, tourist attractions, football stadiums, shopping centers, and all manner of other structures. In the 1990s, the firm recognized the need to expand regionally and began to do so.

In 2005, Eustis Engineering faced its greatest challenge when Hurricane Katrina devastated the Gulf Coast. Many of our employees lost their homes, but within three days we were a part of the reconstruction. Our employees launched themselves wholeheartedly into the rebuilding of the region. During these ongoing efforts, we are proud to be one of the primary firms working on the design and construction of the new flood protection system.

With this in mind, Eustis Engineering has developed several offices to better serve the Gulf Coast. We stand ready to serve our construction partners, offering our wide array of geotechnical and construction materials testing services to help build the strongest, most lasting structures possible. 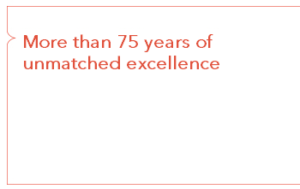