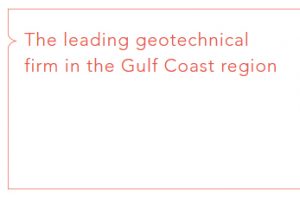 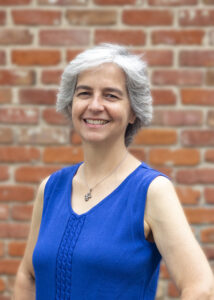 When asked to describe Mrs. Sanders, her engineering colleagues grasp for some version of the word “meticulous.” After 25 years at Eustis Engineering L.L.C., she has more than earned a reputation as the “go-to” person related to all things engineering. As department manager, she is responsible for personnel resource allocation, the overall engineering schedule, and execution of engineering services. She is also responsible for quality assurance and has established an organizational structure that facilitates two levels of review for engineering projects. Mrs. Sanders started at Eustis Engineering as an Associate Engineer in 1993, became a Project Engineer in 1997, and Project Manager and Vice President in 2003. She currently serves as Executive Vice President developing scopes of work, planning and coordinating field tests, performing geotechnical engineering analyses, making foundation recommendations, and consulting with clients. She has earned bachelor’s and master’s degrees in Civil Engineering from the University of New Orleans (UNO). Her projects have included bridges; levees; monopole, stand alone, and guyed tower foundations; residential developments; industrial projects; and commercial structures. Mrs. Sanders has touched more than 4,000 projects during her time at Eustis Engineering. Mrs. Sanders serves on the Industry Advisory Board to the Department of Civil and Environmental Engineering at UNO. She is also an advisor to the Louisiana Epsilon Chapter of Tau Beta Pi, the engineering honor society. She has previously served as a practitioner advisor to the UNO Student Chapter of ASCE. Currently, she serves as the chair of the ASCE New Orleans Branch – Geotechnical Activities Committee. In 2017, Mrs. Sanders was named one of 50 Women of the Year by New Orleans' CityBusiness. Mrs. Sanders resides in New Orleans with her husband and son, who enjoys music and hiking. 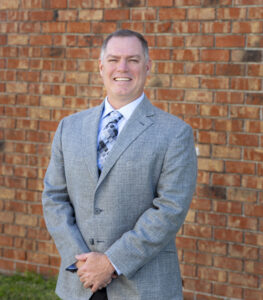 Chad Held began his career with Eustis Engineering in 1991 and has not stopped advancing since.  He began working with our drilling, laboratory, and construction materials testing departments developing the rudimentary skills of geotechnical engineering.  In 1998, he earned his bachelor’s degree in Civil Engineering, and in 2002 he earned his master’s degree in Engineering, both from the University of New Orleans.  In 2004, he was promoted to Project Engineer.  From 2006 to the present, he continues to act as a senior project manager overseeing and performing geotechnical engineering services for various projects.  Beginning in 2008, Mr. Held began opening branch offices for Eustis Engineering including Gulfport (2008), Baton Rouge (2011), and Houston (2019).  He currently serves as the Executive Vice President of the firm which involves overseeing our regional branch offices, supporting business development, and continuing to act as a senior project manager.  His broad knowledge of geotechnical engineering has made him Eustis Engineering’s resident authority on deep foundations, dynamic pile testing, and pile driving analyses.  Mr. Held is married to Jennifer Held and has two daughters and a son. 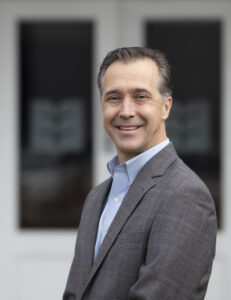 James Hance juggles many tasks as the Vice President and Chief Financial Officer of Eustis Engineering L.L.C. As CFO, he oversees the financial management of the firm, while managing complex civil engineering projects. Mr. Hance joined Eustis Engineering in 2003. He earned his bachelor’s degree in Civil Engineering from Bucknell University, his master’s degree in Civil Engineering (Geotechnical) from the University of Texas at Austin, and his MBA from Tulane University. He is a licensed Professional Engineer in Louisiana, Texas, and Mississippi. Mr. Hance has been involved in a multitude of projects at Eustis Engineering for various governmental agencies as well as private sector clients. He manages geotechnical services associated with commercial, industrial, environmental, and civil works projects. He also has significant experience in the geotechnical designs of flood protection structures and coastal restoration features located along the Gulf Coast. In 2015-16, Mr. Hance took part in the New Orleans Regional Leadership Institute class, which provided a nine-month intensive training program for emerging and established community leaders. Mr. Hance is married with three sons. 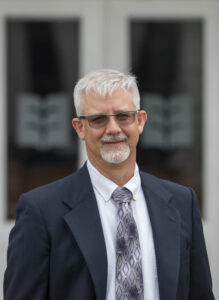 Mr. Richards comes by his troubleshooting honestly. He hails from a family in the printing business and grew up tinkering with all sorts of devices. So it’s no surprise that Mr. Richards is the brains behind our instrumentation program, handling all issues related to complex coding, wiring, and both electrical and digital devices. In his spare moments, Mr. Richards serves as Eustis Engineering L.L.C.’s information technology liaison. Mr. Richards first worked at Eustis Engineering from 1999-2001, helped with levee repairs for five months after Hurricane Katrina, and returned for good in 2008. In addition to the management of our instrumentation programs, Mr. Richards supervises the management of the drilling, construction materials testing, and laboratory departments in our Metairie office. He also is tasked with the oversight of the QA/QC for the company’s laboratory and CMT services. Mr. Richards has been involved with various project assignments including residential, commercial, and municipal clientele practicing in the fields of land development and geotechnical engineering. In addition, he is experienced in the geotechnical design and construction quality of foundations for industrial, levee, and heavy civil construction projects. One of his most notable achievements is working as Project Manager for the $1.4 billion Inner Harbor Navigation Channel Surge Protection project in Orleans and St. Bernard Parishes. In his spare time, he enjoys fishing and kayaking with his wife, Jen, and children. 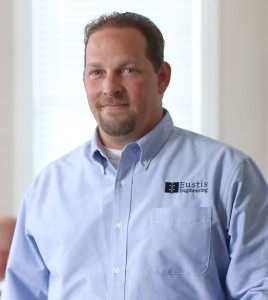 Larry Rome keeps his management style simple: He’s dedicated, level-headed, and has done every job he asks other people to do. Mr. Rome has spent the past 24 years working in nearly every department at Eustis Engineering L.L.C. which helps him to cultivate strong working relationships among employees. Mr. Rome started in our laboratory in 1994 and has gradually performed more complex testing for the company. After assisting the drilling crew as a wrenchman, Mr. Rome took on the role of a driller in 1998 and became adept at sampling operations from various types of equipment including pontoons and barges. In 2005, Mr. Rome began serving as Operations Manager overseeing both the exploration and laboratory departments’ daily objectives, reviewing calculations, and developing new skills in laboratory personnel. In the exploration department, he oversees up to five drilling crews and two cone penetration test (CPT) crews. These duties include ordering parts, looking at prospective sites, making crew schedules, lining up subcontract equipment, and ensuring the highest quality samples are obtained by drill crews as well as subcontractors. Mr. Rome works closely with the drilling supervisor, CPT operators, assistant laboratory managers, and the Construction Materials Testing (CMT) operations supervisor overseeing each department’s daily objectives, reviewing reports, reviewing invoices, addresses staffing needs, as well as other duties. Mr. Rome also serves as a driller or soil technician for high profile projects, and has assisted in the field with our CMT department. In 2016, Mr. Rome was named Vice President (Operations). In his spare time, he enjoys camping and spending time with his wife, Jennifer, and two sons. 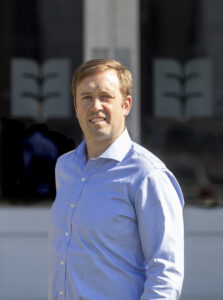 Sean G Walsh, P.E., has more than 15 years of experience in civil and geotechnical engineering for both the private and public sectors.  He attended the Polytechnic Institute of New York University where he earned his Bachelor and Master’s degrees in Civil Engineering with a concentration in Geotechnical Engineering. His geotechnical experience in the New York metropolitan area comprised of earthen and concrete dams, shallow and deep foundations, embankments, landfills, and more.  Before and after joining Eustis in 2012, Sean was frequently involved with development of design and construction recommendations associated with flood protection systems in southeastern Louisiana. After encountering Eustis Engineering during a Joint Venture Project, Sean joined our firm as a Project Engineer in 2012. Since then, he has served as project engineer and project manager on almost 700 projects.  Sean wasted no time in making big impressions with those at Eustis Engineering and his clients; he was promoted to Project Manager in 2017 and Engineering Department Manager in 2020.  In addition to his promotions, Sean was named to the Board of Directors in 2020 and Vice President of Engineering in 2021. Beyond his success with Eustis Engineering projects, Sean has a past of philanthropic work. During his Master’s program, he led the management and implementation of a potable water project for a health center in western Kenya as a member of Engineers Without Borders (EWB).  He also provided engineering services in Ache, Indonesia in response to the Boxing Day tsunami through the Shelter Program.  Sean is committed to the social responsibility civil engineers hold to improve the areas we live and work in.